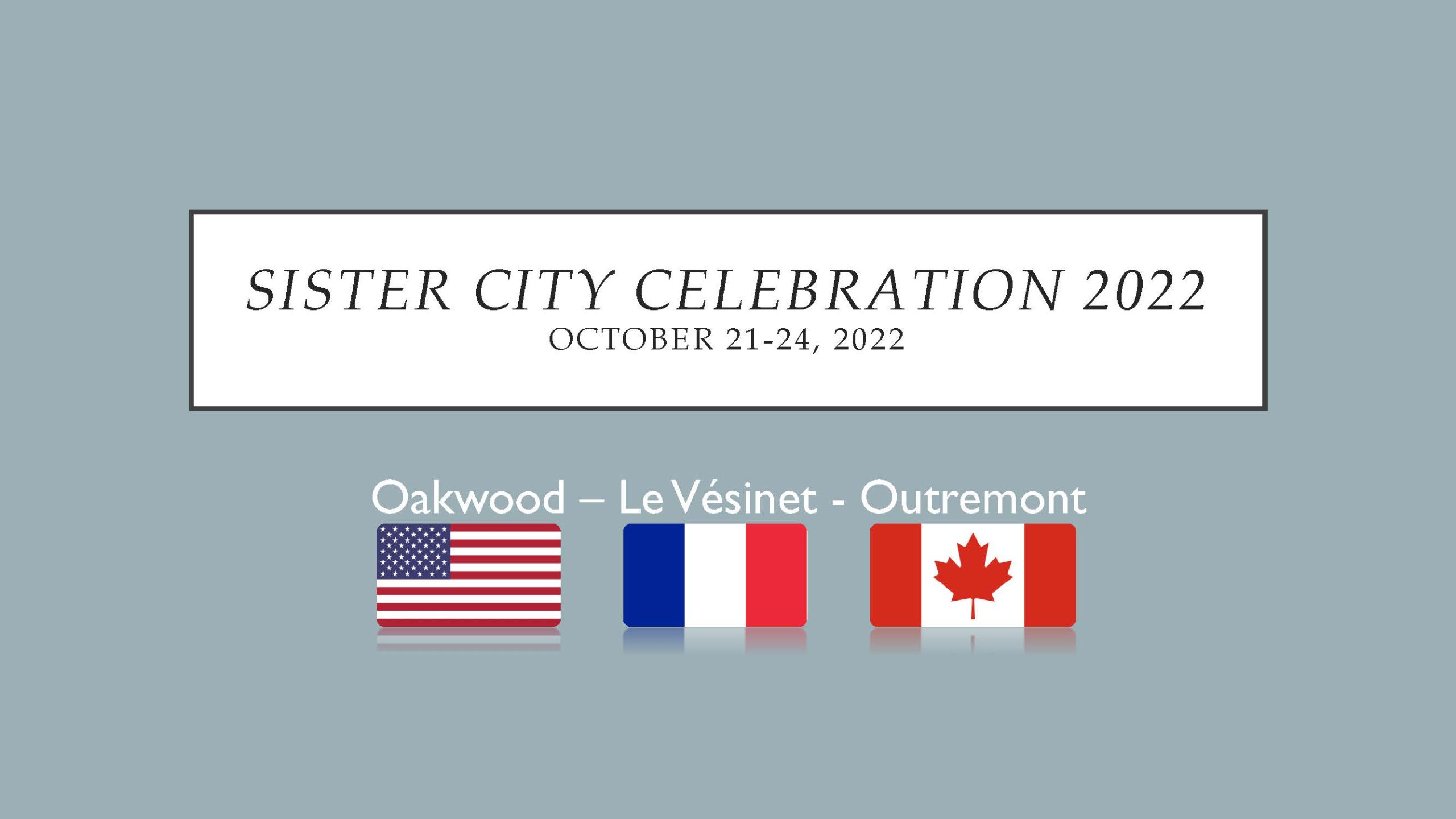 In 1972, a group of Oakwood citizens established the Oakwood Sister City Association (OSCA).  The OSCA mission is “to promote peace through mutual respect, understanding and cooperation—one individual, one community at a time.”  This year, Oakwood celebrated the 50th anniversary of the formal Sister City relationship with Le Vésinet, France, a suburb of Paris, and the 46th anniversary with Outremont, Canada, a suburb of Montreal.  This year also marks the 30th anniversary of a Friendship Agreement between Oakwood, Outremont and Unterhaching, Germany, a suburb of Munich.  Unterhaching and Le Vésinet enjoy a formal Sister City relationship.  From October 20-24, the city of Oakwood, under the leadership of the OSCA, hosted visitors from Le Vésinet and Outremont and enjoyed several wonderful days together with sister city friends.  Representative Andrea White, Ohio House District 41, attended the Mayor’s Welcome and Reception event and presented a commendation on behalf of the House of Representatives of the 134th General Assembly of Ohio.