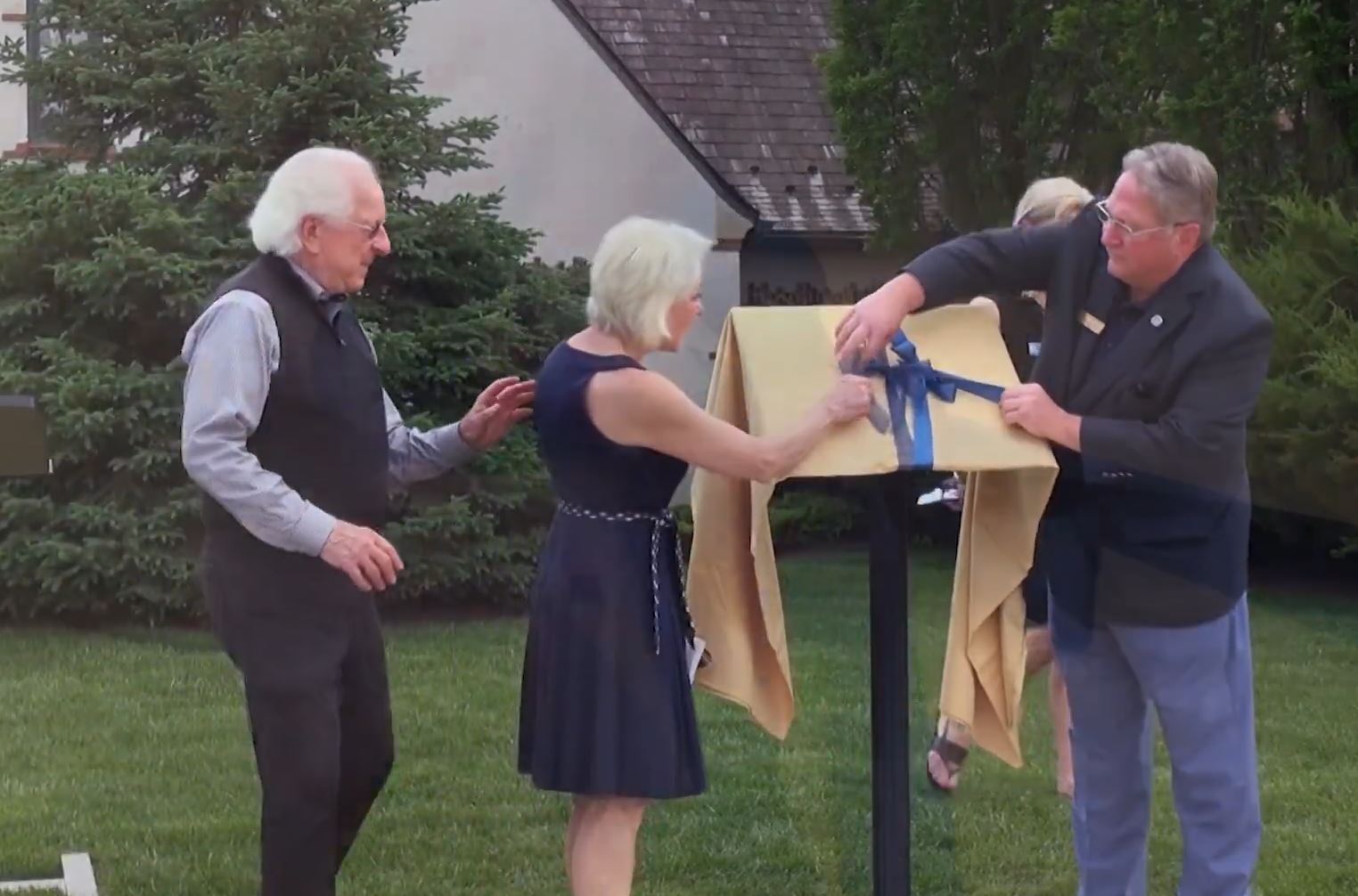 The Oakwood Historical Society, along with Oakwood City Officials, conducted an unveiling ceremony of Oakwood’s first historical marker on Saturday, May 14 in front of the Oakwood City Building, 30 Park Avenue, Oakwood.

The first historical marker commemorates the 150th anniversary of when the first Oakwood homes were built in an area near the Oakwood City Building on 30 Park Avenue in 1872, and the four men who first envisioned a “Town of Oakwood.”